A downloadable game for Windows, macOS, and Linux

As our game is dankest pornography, you must of course be 18 or older to follow any of the links below or play the game.

This is a futanari dating sim.

(We acknowledge that our setting is deeply weird.)

As a male citizen of the Empire, you are oppressed and objectified at every turn. Your goal is to choose a futa mistress among many, and seduce them… before someone else decides you might be better as their bimbo slave.

If you like power play, strong feminine characters, and deeply flawed people, we're off to a good start. If you also like dominant women with enormous cocks plundering innocent boys, then you should absolutely go play this game. Stop reading this description and hit the download link, we'll be here when you come back.

(FutaDomWorld is loosely a deconstruction of the MREA setting, invented by Xalimata and some wonderful  /d/eviants way back in 2014 . )

Key to futa supremacy is a quirk of their physiology—their addictive semen. When exposed, males rapidly begin a spiral of emotional and physical dependency upon their futa "feeder". What's more, exposure strongly affects intelligence–a male "bound" to a futa in this way is suited for little more than a life of sexual servitude.

FDW - Binding Sim v0.4a  is quite light compared to what we are aiming at. In the final product, we plan to have ten romanceable heroines of very different shape and personality, but also branching quests, random events, bad ends to avoid, more than 15 places to visit, and tons of twisted situations to experience.

Also, remember this is an early release, and there is a LOT more to come. Furthermore, we're sure there's going to be bugs. This is an early version; please report any bugs you come across!

(And if you have an awesome idea for what you want to see in the next release, tell us in the comments, or on our Patreon)

(You can find Mac and Linux versions through our website, here: https://www.patreon.com/posts/26892103 )

-Added mouthfucking from the Teacher's Assistant

-More illustrations for sex scenes
-- pillory-fuck is no longer blindfolded, and is animated
-- Mallory/Demetria spitroast is now visible

-Fixed the negative money glitch with the temple donation box

-Goddess Day tweaks
-- Relationships with heroines can only get you out of Goddess Day trouble once per game
-- The Suni/Sara Goddess Day content should actually finally be available
-- (why does it keep disappearing??)

i got to the first bible study session with Mallory and there was an option to admit i was flirting with her but its greyed out and forces me to say i wasnt. How do i unlock that option

hey so i have a question is there no good end with rye? because i have 1 day left and i cant get the good ending with her just bad or being binded in different ways what do i do?

Any plans on bringing it to Android or I phone?

how do i get rid of Shauna on the roof with Suni?

Make sure your fitness is higher. Not sure the exact number but I'd say 50 should be more than safe. You also will need to ensure you're knowledge is pretty high...it has been awhile since i've played so I cant remember the exact number. But have at least 75 knowledge at all times. Certain intellectual moves require it. And I know for a fact you will need fitness and knowledge to survive that encounter. Aslo if you have high relationships with other futas you can call them for help.

Good game overall, but really surprised to hear Turn Up by Virtual Riot. (rye nightclub minigame scene) first time i've heard that song in a long time and i heard it here. thanks for that.

I have just replayed the game for the ~ 5th time now, and tbh im really supprised with how everything has come together. The only thing I would recomend is a list of who you can get with and who you cant get with, so far ive been with sunni, rye, victory (i think thats her name) , and the empress (the person who cums 100 times in you) I think you can get with a few other people but its hard to findout what key parts of the story "activate" their part of the story. But thats all I would love a fuck list of who I can bang!

I have to say, there is no other game in existence that could compare to this!

Wow I wait with great anticipation for future updates! I feel like a hypocrite though... I cant afford to pledge much to the game on patreon but I plan to become a supporter for sure. Great storyline, some may find it weird but it rubs me in all the right ways.

Well drawn and attractive characters. With plenty of delicious animations.

Very simplistic, not in the way that it is lacking, moreso easy for a relaxed gamer (like myself)

Stats are easy to advance and it doesn't take much to learn what you gotta do not to lose...

And I say lose but if (to avoid spoilers I'll say this) by the way we do...I dont find it too much of a loss

Obviously it is still early in development but there is plenty to do.

Recommendations to other playing

Keep multiple saves, utilize the multiple slots given. If you want to see all the endings without having to restart each time. After reaching the end of the girl's storyline the game ends so save often...also save often because if you arent keeping up with stats properly you will potentially lose.

Also for anyone having trouble with the max stat save, you do not need it anymore.

Just start a new game and play of the easiest difficulty, represented by Suni.

You have max stats and money from the beginning, so you can just enjoy the game and go through the story.

Again, very unique and intriguing game! We need much more like this and also again, I wait with great anticipation for more!

i wasn't expecting such a good story i thought i was gonna be just bitching but the story is amazing suni is so cute it melted me
Rye her route was kind of crazy and I loved it
and the songs I loved the songs the track is perfect will you make the songs available?

I downloaded it for the fap but stayed for the story. Rye storyline is just beautiful.

Download doesn't work. There's no file in the link.

Reply
The Warden237 days ago

maxed stat save doesnt work cause you cant delete the saves you create.

Downloaded this because guys on 4chan don't stfu about it. It's brought up on a lot of threads. Anyway, Rye is unappealing in every way possible. Hopefully someone else will be worked on next.

Not sure why but I keep getting a network error when I try to download, doubt it's on the dev's end but curious if anyone else is having this issue. I'll try again periodically, seems like an interesting play.

i got this prob too, everytime i try to dl it

Reply
May206 days ago

File's probably hosted on unsupported third-party website. Should work fine if you download it in a browser instead of the itch client. 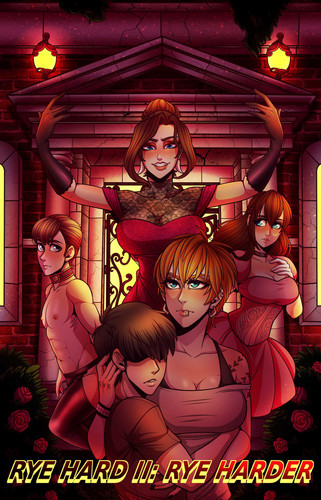 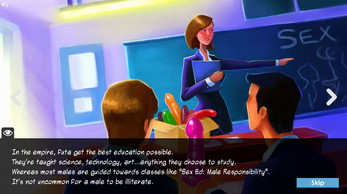 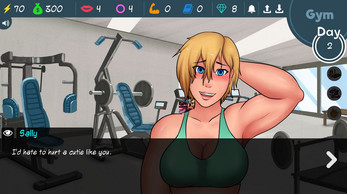 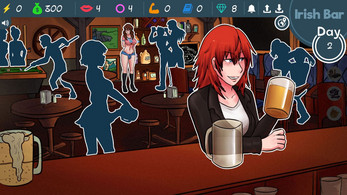 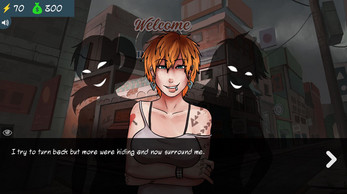 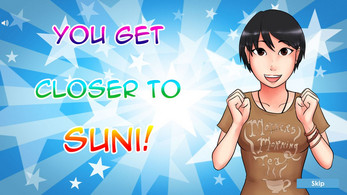 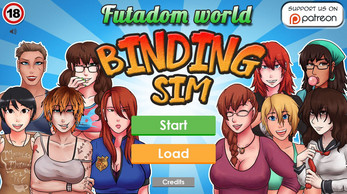